The Moriarty that appears in The Final Problem is a wonderful criminal mastermind. I adored the novel Moriarty by Anthony Horowitz but no-one can deny Andrew Scott completely made the role his own in Sherlock. The crown jewels scene is so iconic it even has its own Funko Pop which I really want to add to my collection 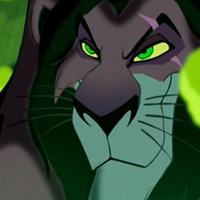 Scar is without doubt my favourite Disney villain! Yes he’s absolutely despicable, yes he killed his brother and sent his nephew into exile but Be Prepared is one of the best Disney songs going!

Die Hard – I love this film so much! It’s become a bit of a go to movie for me and I could happily sit and watch it week after week. Bruce Willis is of course great as John McLean and the film is full of action, fight scenes and explosions some of my favourite things in movies. However without a doubt in my mind it’s Alan Rickman as Hans Gruber that makes this film – he has some fantastic lines but his presence, his delivery and yes that voice, he makes the quintessential villain.

I am a late convert to rating the Queen of Hearts and I must confess my appreciation of her as a character doesn’t come from the original source material (I haven’t read it), or either of the Disney adaptations but instead comes from Marissa Meyer’s Heartless – I love the twist it put on her background and added depth to the Disney caricature. 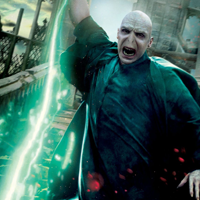 Having grown up with Harry Potter Lord Voldemort had to feature on this list, cruel, ruthless and unafraid to play on the elites fears to get what he wants – power! Much more controversially on my list of Harry Potter villains is Albus Dumbledore himself, Leader of the light, I definitely think he’s morally questionable though and I completed a discussion post all about it! Finally Bellatrix Lestrange had to make my list – Helena Bonham Carter just brings the character to life in the films and as much as I wouldn’t want to bump into her in a dark alley she is delightfully insane.

Not going to lie I’m a Star Wars geek, I love it! Emperor Palpatine is the bad guy pulling the strings in the original trilogy, his backstory is interestingly developed in the prequel trilogy. Darth Vader is of course THE villain of the whole Star Wars saga, the mysterious masked man leading the destruction of planets. Vader is the centre of one of the biggest reveals in cinematic history, instantly recognisable by a breath alone and he has his own theme music! Plus lets be honest who hasn’t had the occasional day where someone has irritated you and you just wish you could force choke someone like Vader! Kylo Ren is the antagonist of the new trilogy – Leader of the First Order I can’t wait for the final film to discover if he embraces the dark side fully or finds redemption. I’m not even sure which I’d prefer!

The Chronicles of Narnia 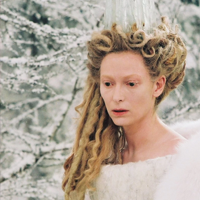 Jadis is The White Witch who plunged Narnia into eternal winter in The Lion, The Witch and The Wardrobe. Jadis was incredibly intelligent, but cold, calculating and utterly ruthless. Ruling through fear and unafraid to turn anyone who disagrees with her to stone – she also ensured that although it was always winter it was never Christmas! 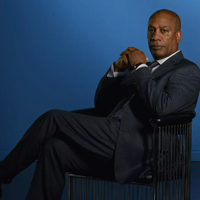 King of deception and manipulation Eli Pope heads up a spy agency known B613. Throughout Scandal Eli proves there’s not much he won’t do to get watch he wants.

I have only ever watched Hercules once, in the cinema when it was originally released. My uncle took me to watch it and I really don’t remember much, although I loved Pegasus and my uncle nabbed a huge poster from the cinema he worked at for my Christmas present that year. What I do remember though is Hades, Pain and Panic being the most hilarious trio of bad guys. Of course that could just be ten year old me… 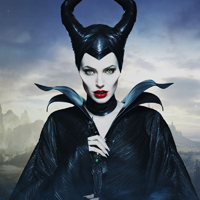 Maleficent is another villain who I have come to appreciate much more with the introduction of her backstory in the Angelina Jolie film. The heartbreak and betrayal of her past certainly adds a layer of depth, and to an extent, understanding to her decision to curse Aurora

So there we have ten of my favourite villains plus a few extra! Who are some of the villains that stick in your mind? If you’ve shared your own Top Ten Tuesday let me know in the comments!

21 thoughts on “Top Ten Tuesday – Come To The Dark Side”