Some how with my birthday and staying with a friend to help with her kids while her husband was away on work it’s ended up half way through October and I’m still to post my list of books I’m looking forward to this month! So here we are, some of the October books I’m most excited about!

Clicking on the title will lead to the Goodreads page. Web links are not affiliate links just me being  an enabler!

Just one in my younger readers picks this month, but I love the sound of this one, and I’m looking forward to seeing the illustrations

Ethan’s dad is a comic artist whose greatest creation, the mutant superhero Kren, brought him fame and glory. But after his dad’s string of successful books, a tragedy strikes the family and now his dad is completely stuck.

If only artistic talent were hereditary. Ethan is stuck on a graphic-novel project of his own at school and won’t own up to the fact that he can’t draw. When one night an ink-blot creation emerges from his father’s sketchbook, the family’s whole world begins to change.

Featuring artwork by the beloved, award-winning illustrator Sydney Smith, Inkling is a timeless story that speaks to the creator in us all. 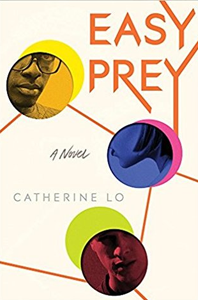 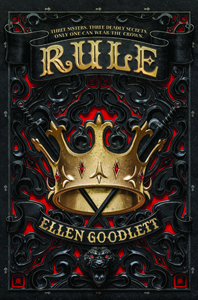 Only three students had access to a teacher’s racy photos before they went viral. There’s Mouse, a brainy overachiever so desperate to escape his father and go to MIT that he would do almost anything, legal or not. Then there’s Drew, the star athlete who can get any girl’s number—and private photos—with his charm but has a history of passing those photos around. And finally there’s Jenna, a good girl turned rebel after her own shocking photos made the rounds at school last year, who is still waiting for justice. All three deny leaking the photos, but someone has to take the fall. This edgy whodunit tackles hot-button issues of sexting and gossip and will have readers tearing through the pages to reach the final reveal.

A magic cupcake. A culinary killer. The perfect recipe for murder.

Wren knew her sweet treats could work wonders, but she never knew they could work magic. She barely has time to wrap her head around the stunning revelation when the head of the prestigious Confectioner’s Guild falls down dead before her. Poisoned by her cupcake.

Now facing murder charges in a magical world she doesn’t understand, Wren must discover who framed her or face the headsman’s axe. With the help of a handsome inspector and several new friends, Wren just might manage to learn the ropes, master her new powers, and find out who framed her. But when their search for clues leads to a deep-rooted conspiracy that goes all the way to the top, she realizes that the guild master isn’t the only one at risk of death by chocolate.

If Wren can’t bring the powerful culprit to justice, she and her friends will meet a bittersweet end.

The Confectioner’s Guild is a delicious YA fantasy mystery. If you like spunky chefs and twisty mysteries with a drizzle of romance, then you’ll love Claire Luana’s scrumptious tale that’s sure to satisfy your sweet tooth.

Three girls with three deadly secrets. Only one can wear the crown.

The king is dying, his heir has just been murdered, and rebellion brews in the east. But the kingdom of Kolonya and the outer Reaches has one last option before it descends into leaderless chaos.

Or rather, three unexpected options.

Zofi has spent her entire life trekking through the outer Reaches with her band of Travelers. She would do anything to protect the band, her family. But no one can ever find out how far she’s already gone.

Akeylah was raised in the Eastern Reach, surrounded by whispers of rebellion and abused by her father. Desperate to escape, she makes a decision that threatens the whole kingdom.

Ren grew up in Kolonya, serving as a lady’s maid and scheming her way out of the servants’ chambers. But one such plot could get her hung for treason if anyone ever discovers what she’s done.

When the king summons the girls, they arrive expecting arrest or even execution. Instead they learn the truth: they are his illegitimate daughters, and one must become his new heir. But someone in Kolonya knows their secrets, and that someone will stop at nothing to keep the sisters from their destiny… to rule.

Magic, mystery, and blackmail abound in this sensational and striking fantasy debut.

Also publishing in October – Sadie by Courtney Summers; The Boneless Mercies by April Tucholke; Watch You Burn by Amanda Searcy; Meet the Sky by McCall Hoyle and Broken Things by Lauren Oliver

Dead End and Tell Nobody are both continuations of series I really enjoy – I was on the blog tour for Dead End if you want to check out my review, and Nine Perfect Strangers sounds intriguing! 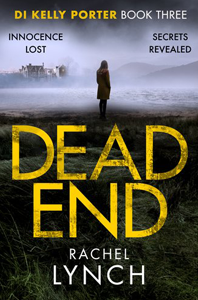 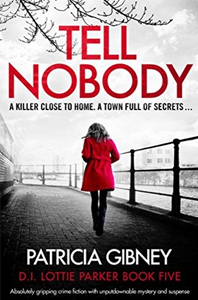 Could ten days at a health resort really change you forever? Nine perfect strangers are about to find out…

When the seventh Earl of Lowesdale is found hanging from the rafters at Wasdale Hall, everyone assumes the aging, hard-partying aristocrat had finally had enough of chasing the glory of his youth. But when the coroner finds signs of foul play, DI Kelly Porter is swept into a luxurious world where secrets and lies dominate.

At the same time, two young hikers go missing and it’s up to Kelly to lead the search. But digging deeper reveals ties to two other unsolved disappearances and Kelly and her team find themselves in a race against time.

Now, as all roads of both investigations and Kelly’s own family secrets lead to Wasdale Hall it becomes more important than ever for Kelly to discover the devious truths hidden behind the walls of the Lake District’s most exclusive estate…

A killer close to home. A town full of secrets…

One hot summer evening, eleven-year-old Mikey Driscoll is on the way home from playing with friends. Two days later, his broken body is discovered on a bed of wild flowers by some local teenagers.

The case is assigned to Detective Lottie Parker and this time it’s personal. A close friend of her son Sean, Mikey was from the run-down Munbally estate on the other side of town. Sean tells his mother that Mikey was behaving normally before he died but Lottie can’t help but feel that her son is keeping something from her …

Then days later, another boy is found dead, surrounded by wild flowers next to a beautiful lake.

On the hunt for a twisted individual with a terrifying calling card, Lottie must uncover the web of secrets within Mikey’s circle of friends. Someone is keeping secrets but who are they protecting and can Lottie find out before it’s too late? Lottie is desperate to catch the killer before he strikes again because this time her own child could be in terrible danger…

Also publishing in October – In A House Of Lies by Ian Rankin; No Further Questions by Gillian McAllister and The Chestnut Man by Søren Sveistrup

I’d love to know if any of these have piqued your interest! Are there any other books I should be looking out for this coming month? Let me know in the comments!

2 thoughts on “Out This Month: The October Edit”