Title: The Things We Need To Say

Sometimes the things we never say are the most important.

Fran loves Will with all her heart. They had a whirlwind romance, a perfect marriage and a wonderful life. Until everything changed. Now Fran needs to find her way again and teaching a yoga retreat in Spain offers her just that. Leaving behind a broken marriage she has some very important decisions to make.

Will needs his wife, he needs her to open up to him if they’re to ever return to the way things once were. But he may have damaged any possibility he had of mending their relationship and now Fran is in Spain and Will is alone.

As both Fran and Will begin to let go of a life that could have been, fate may just find a way of bringing them back together.

From the best-selling author of The Many Colours of Us comes an emotional story of grief, relationships and ultimately hope.

The Things We Need To Say is the story of Fran and Will, their lives together and the issues that may yet tear them apart. Normally I try and avoid anything that could be considered a spoiler in my reviews but I think the subject matter dealt with in the book is sensitive enough that it’s important to discuss as it could be triggering for some readers. At the heart of this story is Fran and Will’s struggle to have a child, the pain of repeated miscarriages and the premature birth, and death of their son. It’s not an area that I have personal experience with, so I’m perhaps I’m not really qualified to judge but I felt that the topic was written sensitively and seemed believable.

The Things We Need To Say is told from multiple viewpoints and points in time and I think these are both techniques that are particularly effective in the telling of this story. The story begins at the beginning of their ‘official’ story together, that first Christmas party when Fran fell in love with Will before moving to the present day, 12 years later. It’s clear that this is now a relationship in trouble there is a strain there, and the events of one night may prove to be the end of it. The rest of the book moves between the present day were Fran is teaching at a yoga retreat in Salou and other key milestones in their relationship, allowing the reader to understand their relationship, the pressure and strains the repeating miscarriages have put on their relationship, and the final trauma that drove them apart.

I found the book really benefits from being told from multiple view points, I think without seeing the situation from Will’s side as well as Fran’s I think it would be very easy to vilify Will, whereas seeing their history and experiences from both sides I think gives the reader a much better picture of two people who do still love each other but are both hurting and dealing with grief in their own way, neither able to deal with their own grief let alone help the other deal with theirs. This greater understanding that we get of both characters by seeing the story from both sides really left me rooting for Fran and Will and hoping everything would work out for them.

The Things We Need To Say is a story that deals with love and lost but is ultimately one of hope. Due to the topics covered it won’t be a book for everyone and I could completely understand why some people may find it too difficult a topic to read about but I felt it was really well written and sensitively dealt with. I would definitely recommend The Things We Need To Say. I’ll be downloading Rachel’s first book shortly! 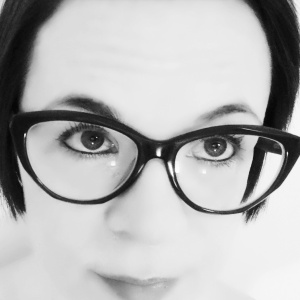 Rachel Burton has been making up stories since she first learned to talk. After many false starts she finally made one up that was worth writing down.

After graduating with a degree in Classics and another in English, she didn’t really know what to do when she grew up. She has worked as a waitress, a paralegal and a yoga teacher.

She has spent most of her life between Cambridge and London but now lives in Leeds with her boyfriend and three cats. The main loves of her life are The Beatles and very tall romantic heroes.

Her debut, The Many Colours of Us, was an Amazon Kindle bestseller. Her second novel, The Things We need to Say, is out now. She is currently working on her third novel in which the heroine follows the love of her life to live in a city in northern England. It has no autobiographical elements at all…..maybe.

The Things We Need To Say Giveaway