Good morning! Today I am delighted to be sharing a guest post from James as part of the blog tour for Kiss Me, Kill Me.

Okay, here’s a confession: when I was growing up my ambition wasn’t to be a novelist, it was to be a rock star. Since the first moment I picked up a guitar all I wanted to do was write songs, record albums and tour the world performing in front of millions of adorning fans. Even before I picked up the guitar, that’s what I wanted to do. Lesson one: learning an instrument is a good start point!

I can trace my love of music back to when I was eleven and found two old Beatles 45s in my parents’ record collection. The first was I Want To Hold Your Hand, the second was Help. I’d never heard anything like it. I must have played those records until the grooves wore out. Ask me now and I could give you an in-depth analysis into why those records are so amazing. Back then, all I knew was that the music spoke to me in a way I’d never been spoken to before. Funnily enough I was also eleven when I read my first grown-up book, a chilling little horror tale called The Dead Zone by Stephen King. That book sparked another lifelong love affair. Clearly eleven was a very influential year.

My twenties passed in a bit of a blur. I was playing my guitar, writing songs, recording, performing. Basically I was living the life of a full-time musician. The only thing missing was the record deal, the groupies, the mansion and the millions. Unfortunately, the record deal turned up too late. By that point the poverty and starvation had taken its toll and me and my songwriting partner had fallen out.

Anyway, when I hit thirty I realised I’d missed the Rock Star Boat. That was when I turned my hand to writing novels. I never lost my love of music though. One of the joys of what I do is that I can play CDs while I work. Lots of them. Writing in silence drives me nuts. I can’t do it. My head is too full of traffic. Music gives the part of my brain that gets fascinated with sparkly distractions something to do while the part that deals with the writing gets on with the job at hand. What I listen to varies from day to day. This week’s favourites include Jason Mraz, Lukas Graham, Prince, Miles Davis and Paul McCartney. Most weekends I’ll order a CD off the internet. This usually arrives on a Wednesday, which is a great pick-me-up when I hit that midweek lull.

The unintentional benefit of listening to all those CDs is that it influences my own music. Over the past eighteen months I’ve been writing and recording an album. Music technology has progressed to the point where I can do all the recording at home and get results that are comparable with what you can achieve in a pro studio. This means that I can work on the album at my own pace, which is just as well since I’m so busy that I’m basically having to grab an hour here and there whenever the opportunity arises. I’m under no illusion that the end result is going to go out into the world and sell a million copies. That doesn’t matter though. Sometimes creating something for the sheer joy of creating it is the real reward. Funnily enough that’s how I feel about writing. That said, it would be nice to sell a million copies of the new book…

FOR FANS OF M J ARLIDGE AND ANGELA MARSONS COMES A TWISTING PSYCHOLOGICAL THRILLER THAT WILL MAKE YOU QUESTION EVERYTHING YOU THINK YOU KNOW.

She thought she could trust him. She was wrong . . .

When Zoe meets Dan she can’t believe her luck. He’s everything she is looking for in a man – intelligent, charming, stable, supportive.

Then Zoe realises that Dan is controlling, aggressive, paranoid.

And there’s no way out.

When Zoe discovers that she’s pregnant, she realises that the only way she can keep her baby is to leave Dan.

But that’s harder than you think.

He found her once before, and she knows he can find her again.

But Dan has plans of his own – plans that don’t necessarily include Zoe.

But then, even the best laid plans often go awry, and you really need to be careful about who you trust . . .

I think this sounds an incredible read and I can’t wait to get stuck in! Be sure to check out some of the other stops on the blog tour! 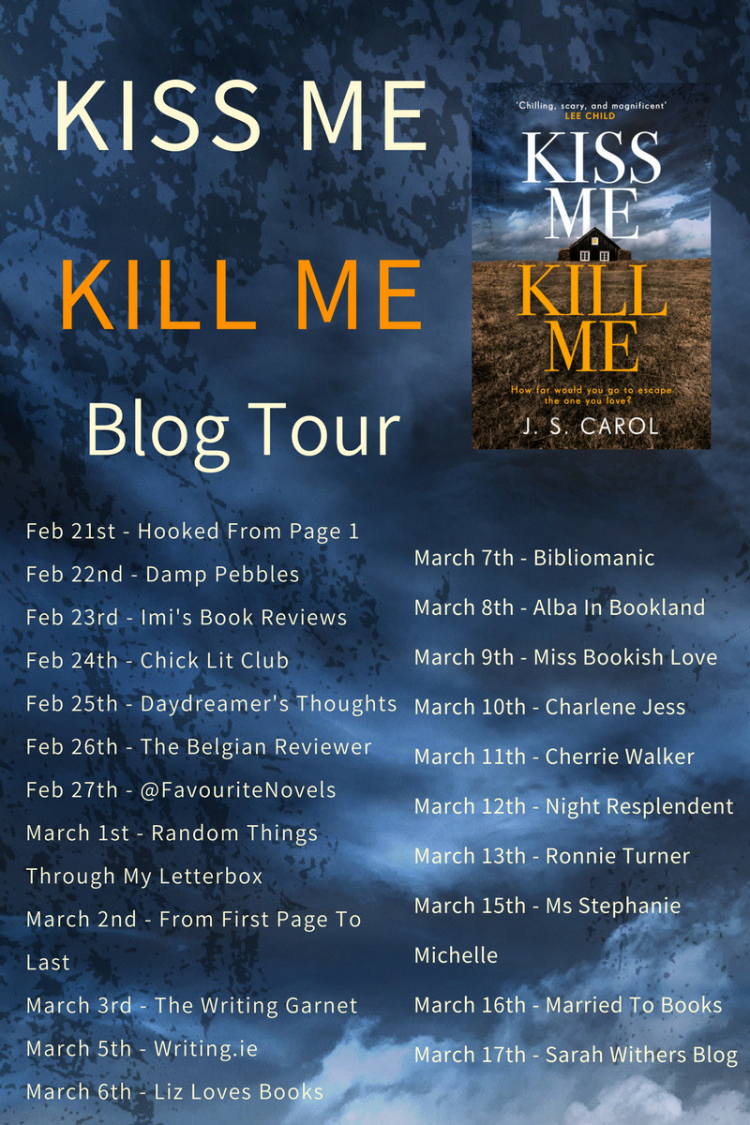