It’s a Wednesday! I know for half the people south of the border that enjoyed a bank holiday Monday it might not feel like it, but no such luck north of Hadrian’s Wall, it definitely feels like a Wednesday, on the plus side it’s finally payday tomorrow and I have every intention of raiding Primark’s Harry Potter collection – If they’ve run out of Slytherin merch I may riot!

As normal I’m linking up with the weekly meme hosted by Sam over at Taking on a World of Words.

What are you currently reading?

Back up to three, oops! 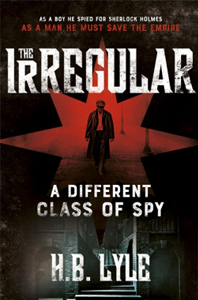 The Irregular by H.B. Lyle

I’ve still not got back round to this one, but I will! 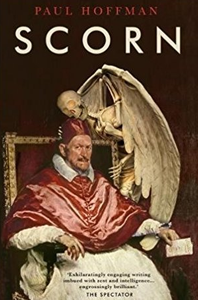 After an experiment at the Large Hadron Collider goes horribly wrong, depressed scientist Aaron Gall wakes up to discover his mind and body have undergone an astonishing transformation. Now bursting with the joys of life, he is inspired to undertake a radical new therapy: to talk to the priests who brutalized him and his school friends, point out the intellectual dishonesty and inhumanity of their religious beliefs – and then eat them. Aaron enjoys the process so much (as well as taunting the police and MI5) he decides to extend his murderous conversations to include the Archbishop of Westminster, recently converted Catholic Tony Blair, the Queen of England – and, finally, the Pope himself. But a Catholic Church that has given the world the Crusades, the Inquisition, and Papal Infallibility hasn’t survived for two thousand years without a reason. Aaron is in for the greatest shock in the history of mankind

I’ve just started this one, from the blurb I think it might be a bit of a Marmite book! So far I’m finding it interesting, but I need to get on with it because I’m reviewing it for the blog tour Sunday!

Never Somewhere Else by Alex Gray 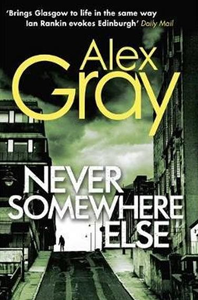 When a series of young women are discovered strangled and mutilated in a Glasgow park, it is up to DCI Lorimer to find their killer. He enlists the services of Dr Solomon Brightman, a psychologist and criminal profiler

Back at the start of the year I finally picked up The Swedish Girl which had been sitting on my shelf for months – maybe even years – after I picked it up as part of Waterstone’s 3 for 2 deals. I actually ended up really enjoying it and discovered it was actually the tenth book in the DCI Lorimer series. I was determined to go back to the start and decided to pick up the first one using an audible credit I had going spare. I’ve been listening to it before bed and so far I’m really liking it.

What did you recently finish reading?

Good Friday – I finished this one at the weekend, it was the first Lynda La Plante I’ve read and I really enjoyed it! You can find my review here

What do you think you’ll read next?

No idea, but I have a week off work coming up the second full week of September so I’m hoping to get a chunk of reading done then!

Let me know what you’re reading in the comments!