This is the first time I’ve posted my TBR for the month ahead, it’s the first time I’ve really tried to plan it, so I thought it would be interesting to see how well I make it through it or if I’m distracted by other books. Most of these are scheduled for release in April, but there’s 1 that I’ve been meaning to read for a while and a couple due out at the beginning of May. 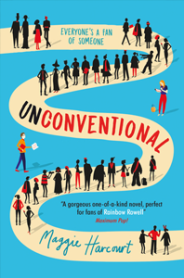 Lexi Angelo has grown up helping her dad with his events business. She likes to stay behind the scenes, planning and organizing…until author Aidan Green – messy haired and annoyingly arrogant – arrives unannounced at the first event of the year. Then Lexi’s life is thrown into disarray.

In a flurry of late-night conversations, mixed messages and butterflies, Lexi discovers that some things can’t be planned. Things like falling in love…

Science geek Meg is left to look after her little sister for ten days after her free-spirited mum leaves suddenly to follow up yet another of her Big Important Causes. But while Meg may understand how the universe was formed, baby Elsa is a complete mystery to her.

And Mum’s disappearance has come at the worst time: Meg is desperate to win a competition to get the chance to visit NASA headquarters, but to do this she has to beat close rival Ed. Can Meg pull off this double life of caring for Elsa and following her own dreams? She’ll need a miracle of cosmic proportions …

Fans fell in love with the warmth, wit, romance and fierce friendships in Flirty Dancing, Love Bomb, Sunkissed and Star Struck, and Stargazing for Beginners has all that and galaxies more. This is the best kind of real-life fiction – with big themes and irresistible characters, it goes straight to your heart.

The State Of Grace by Rachael Lucas – Published 6th April

Sometimes I feel like everyone else was handed a copy of the rules for life and mine got lost.

Grace has Asperger’s and her own way of looking at the world. She’s got a horse and a best friend who understand her, and that’s pretty much all she needs. But when Grace kisses Gabe and things start to change at home, the world doesn’t make much sense to her any more.

Suddenly everything threatens to fall apart, and it’s up to Grace to fix it on her own.

Whip-smart, hilarious and unapologetically honest, The State of Grace by Rachael Lucas is a heart-warming story of one girl trying to work out where she fits in, and whether she even wants to.

Before The Fall by Noah Hawley – Paperback published 6th April

On a foggy summer night, eleven people–ten privileged, one down-on-his-luck painter–depart Martha’s Vineyard headed for New York. Sixteen minutes later, the unthinkable happens: the passengers disappear into the ocean. The only survivors are Scott Burroughs–the painter–and a four-year-old boy, who is now the last remaining member of a wealthy and powerful media mogul’s family.

With chapters weaving between the aftermath of the tragedy and the backstories of the passengers and crew members–including a Wall Street titan and his wife, a Texan-born party boy just in from London, a young woman questioning her path in life, and a career pilot–the mystery surrounding the crash heightens. As the passengers’ intrigues unravel, odd coincidences point to a conspiracy: Was it merely dumb chance that so many influential people perished? Or was something far more sinister at work? Events soon threaten to spiral out of control in an escalating storm of media outrage and accusations–all while the reader draws closer and closer to uncovering the truth.

The fragile relationship between Scott and the young boy glows at the heart of this novel, raising questions of fate, human nature, and the inextricable ties that bind us together.

Letters To The Lost by Brigid Kemmerer – Published 6th April

Juliet Young has always written letters to her mother, a world-traveling photojournalist. Even after her mother’s death, she leaves letters at her grave. It’s the only way Juliet can cope.

Declan Murphy isn’t the sort of guy you want to cross. In the midst of his court-ordered community service at the local cemetery, he’s trying to escape the demons of his past.

When Declan reads a haunting letter left beside a grave, he can’t resist writing back. Soon, he’s opening up to a perfect stranger, and their connection is immediate. But neither of them knows that they’re not actually strangers. When real life at school interferes with their secret life of letters, Juliet and Declan discover truths that might tear them apart. This emotional, compulsively-readable romance will sweep everyone off their feet.

The Upside of Unrequited by Becky Albertalli – Published 11th April

Seventeen-year-old Molly Peskin-Suso knows all about unrequited love-she’s lived through it twenty-six times. She crushes hard and crushes often, but always in secret. Because no matter how many times her twin sister, Cassie, tells her to woman up, Molly can’t stomach the idea of rejection. So she’s careful. Fat girls always have to be careful.

Then a cute new girl enters Cassie’s orbit, and for the first time ever, Molly’s cynical twin is a lovesick mess. Meanwhile, Molly’s totally not dying of loneliness-except for the part where she is.

There’s only one problem: Molly’s coworker, Reid. He’s an awkward Tolkien superfan, and there’s absolutely no way Molly could fall for him. Right? 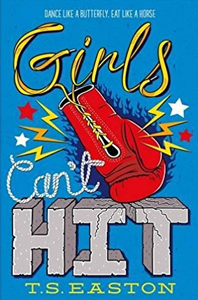 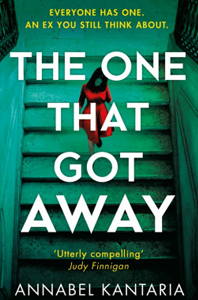 A funny, feminist teen story about knowing when to train . . . and when to fight.

Fleur Waters never takes anything seriously – until she turns up at her local boxing club one day, just to prove a point. She’s the only girl there, and the warm-up alone is exhausting . . . but the workout gives her an escape from home and school, and when she lands her first uppercut on a punching bag she feels a rare glow of satisfaction.

So she goes back the next week, determined to improve. Fleur’s overprotective mum can’t abide the idea of her entering a boxing ring, why won’t she join her pilates class instead? Her friends don’t get it either and even her boyfriend, ‘Prince’ George, seems concerned by her growing muscles and appetite – but it’s Fleur’s body, Fleur’s life, so she digs her heels in and carries on with her training.

Out Of Heart by Irfan Master – Published 20th April

Donating your heart is the most precious gift of all.

Adam is a teenage boy who lives with his mum and younger sister. His dad has left them although lives close by. His sister no longer speaks. His mum works two jobs. Adam feels the weight of the world upon his shoulders.

Then his grandfather dies and in doing so he donates a very precious gift – his heart.

William is the recipient of Adam’s grandfather’s heart. He has no family and feels rootless and alone. In fact, he feels no particular reason to live. And then he meets Adam’s family.

William has received much, but it appears that he has much to offer Adam and his family too.

A powerful tale of love and strength in adversity.

It’s the start of Jordan Sun’s junior year at the Kensington-Blaine Boarding School for the Performing Arts. Unfortunately, she’s an Alto 2, which—in the musical theatre world—is sort of like being a vulture in the wild: She has a spot in the ecosystem, but nobody’s falling over themselves to express their appreciation. So it’s no surprise when she gets shut out of the fall musical for the third year straight.

Then the school gets a mass email: A spot has opened up in the Sharpshooters, Kensington’s elite a cappella octet. Worshiped … revered … all male. Desperate to prove herself, Jordan auditions in her most convincing drag, and it turns out that Jordan Sun, Tenor 1, is exactly what the Sharps are looking for.

The White Road by Sarah Lotz – Published 4th May

Adrenaline junkie Simon Newman sneaks onto private land to explore a dangerous cave in Wales with a strange man he’s met online. But Simon gets more than he bargained for when the expedition goes horribly wrong. Simon emerges, the only survivor, after a rainstorm trap the two in the cave. Simon thinks he’s had a lucky escape.

But his video of his near-death experience has just gone viral.

Suddenly Simon finds himself more famous than he could ever have imagined. Now he’s faced with an impossible task: he’s got to defy death once again, and film the entire thing. The whole world will be watching. There’s only on place on earth for him to pit himself against the elements: Mt Everest, the tallest mountain in the world.

But Everest is also one of the deadliest spots on the planet. Two hundred and eighty people have died trying to reach its peak.

And Simon’s luck is about to run out.

The One That Got Away by Annabel Kantaria – Published 4th May

Everyone has one. An ex you still think about. The one who makes you ask ‘what if’?

Fifteen years have passed since Stella and George last saw each other. But something makes Stella click ‘yes’ to the invite to her school reunion. There’s still a spark between them, and although their relationship ended badly, they begin an affair.

But once someone gets you back, sometimes they’re never going to let you go again…

What do you think of my choices? Any on my list that you’re wanting to read too? Let me know!

4 thoughts on “My April TBR”