I was writing a post and it got me thinking about books that I’ve read in the past, before I started blogging, and might not have time to read again in order to review, but that didn’t mean I didn’t want to never talk about. I’ve seen some people write posts on some of their favourite authors so I thought why not do a semi regular post on some of my favourite series. Some might be complete, some may be ongoing, they’ll be spread across many different genres, and some I grew out of long ago but one thing they’ll all have in common is that at some period in my life I have loved them.

My first choice is not original, if you asked random people in the street to name a book series a fair proportion of them would say this series. While this series wasn’t the first I ever read it was a huge part of my childhood, it’s a series that taught me and countless others a lot of important lessons, half the time without any of us realising what was actually happening.

So my first series under the spotlight is… 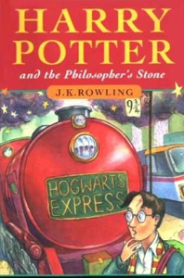 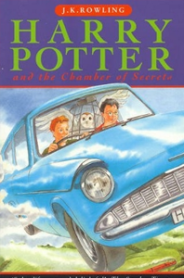 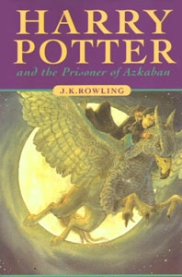 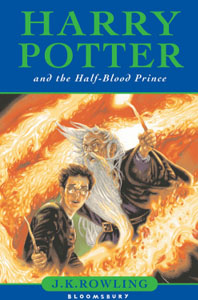 I’m sure most people on the planet have either read the books or seen the films so I’m not going to spend too much time talking about the plot and more time focusing on why this series was so important to me. So very briefly as per Wikipedia Harry Potter is a series of fantasy novels written by British author J. K. Rowling. The novels chronicle the life of a young wizard, Harry Potter, and his friends Hermione Granger and Ron Weasley, all of whom are students at Hogwarts School of Witchcraft and Wizardry. The main story arc concerns Harry’s struggle against Lord Voldemort, a dark wizard who intends to become immortal, overthrow the wizard governing body known as the Ministry of Magic, and subjugate all wizards and Muggles, a reference term that means non magical people.

My relationship with Harry Potter is a long lasting one. It began not quite at the very beginning of Harry’s journey with the general public but not too long after. Harry Potter and the Philosopher’s Stone was first published in the UK on 26th June 1997 – I can’t believe it’s so close to 20 years ago already! I can’t remember exactly when I was first introduced to Harry Potter, I do know that it was sometime after September 1998. At primary school we always had a morning break, afterwards we would have fruit time, 15 minutes or so of quiet time where we would eat whatever piece of fruit we had brought in from home, or the yoghurt covered raisins I had managed to convince my mum to get me from the fruit & veg shop over the road, and our teacher would read to us. I remember September 1998 was the beginning of my final year of primary school, and my teacher, Mr James, started the year trying to read us The Hobbit but the class just weren’t that interested, so he decided to switch to this other fantasy book, the first novel in a series, a book beginning to grow in popularity but it certainly wasn’t the powerhouse of Children’s Fiction it would become, a little book called Harry Potter and the Philosopher’s Stone. Unlike The Hobbit this book had the whole class spellbound – spellbound to the point that when the bell rang on our final ever day at primary school our class didn’t run out the door, we all sat crossed legged on the floor because we hadn’t quite managed to finish the book in class time, we had a chapter or so left, and none of us moved until Mr James had finished reading. J K Rowling over the years has won countless prizes and awards for the series, by this point in 1999 she had already won several, but I think if I was an author knowing my characters and plot had enthralled a whole class of children to the point they would delay the start of their summer holidays to hear the end of my story would be the ultimate award.

My mum brought me Harry Potter and the Chamber of Secrets as a present for moving up to ‘big school’ which I devoured in no time at all, I was straight on to the third book and from Harry Potter and the Goblet of Fire on wards I was eagerly waiting for the next book to be released, and staying up far later than I should have to make sure I got to the end before it could be spoiled for me. Several a late night was spent with a torch under the covers just reading one more chapter, and despite being someone who as a teen just did not do crying I have to admit that on more than one occasion the books did manage to bring a tear to my eye and have me curse JK for killing off some of the characters I had become so attached to over the years.

I was lucky I got to grow up with the Golden Trio, Hermione taught me that there’s nothing wrong with loving knowledge and wanting to be top of the class, but that other things are important as well. There are so many other lessons within the novels but for me perhaps the most important were the fact that there is nothing wrong with being different, and that differences should be celebrated not persecuted,  and that doing the right thing doesn’t always equal doing the easy thing, but this doesn’t mean you shouldn’t do it.

Finally I will always me grateful to JK Rowling for giving me something to share with my grandma. I adored her and we were always very close, I was lucky she only lived 5 minutes away from us when I was growing up and we spent a lot of time together, Harry Potter was something that I got to share just with her. One summer when I was 15/16 I stayed with her when my parents were on holiday and she asked to read The Philosopher’s Stone so she could see what all the fuss was about, she loved it and caught up with the series that summer, we then got to enjoy the remaining books together as they were released. I loved having something to share with my grandma that was just ours, my brother didn’t really read and at the time my cousins were too young to read the books. I have a lot of special memories of discussing the plot or explaining things to her, she definitely would have been a Ravenclaw.

Was Harry Potter as big a part of your childhood as mine? What about the series made it so special to you? Let me know below!

7 thoughts on “Spotlight On… Harry Potter”