Last week the short lists for the 2017 CILIP Carnegie and Kate Greenaway Medals were released.

Sputnik’s Guide to Life on Earth by Frank Cottrell Boyce

Sputnik’s Guide to Life on Earth by award-winning author Frank Cottrell Boyce, with illustrations by Steven Lenton, will send your imagination into orbit!

The Blythes are a big, warm, rambunctious family who live on a small farm and sometimes foster children. Now Prez has come to live with them. But, though he seems cheerful and helpful, he never says a word.

Then one day Prez answers the door to someone claiming to be his relative. This small, loud stranger carries a backpack, walks with a swagger and goes by the name of Sputnik.

As Prez dithers on the doorstep, Sputnik strolls right past him and introduces himself to everyone in the household. Prez is amazed at the response. The family pat Sputnik on the head, call him a good boy and drop food into his mouth. It seems they all think Sputnik is a dog. It’s only Prez who thinks otherwise.

But Prez soon finds himself having to defend the family from the chaos and danger unleashed by Sputnik, as household items come to life – like a TV remote that fast-forwards people: ‘Anyone can do it, it’s just that people don’t read the instructions properly’; and a toy lightsaber that entertains guests at a children’s party, until one of them is nearly decapitated by it – and Prez is going to have to use his voice to explain himself.

It turns out that Sputnik is writing a guidebook to Earth called Ten Things Worth Doing on Earth, and he takes Prez on a journey to discover just those ten things. Each adventure seems to take Prez nearer to the heart of the family he is being fostered by. But they also take him closer to the day that he is due to leave them forever . . .

The Bone Sparrow by Zana Fraillon

Subhi is a refugee. Born in an Australian permanent detention center after

his mother and sister fled the violence of a distant homeland, Subhi has only ever known life behind the fences. But his world is far bigger than that—every night, the magical Night Sea from his mother’s stories brings him gifts, the faraway whales sing to him, and the birds tell their stories. And as he grows, his imagination threatens to burst beyond the limits of his containment.

The most vivid story of all, however, is the one that arrives one night in the form of Jimmie—a scruffy, impatient girl who appears on the other side of the wire fence and brings with her a notebook written by the mother she lost. Unable to read it herself, she relies on Subhi to unravel her family’s love songs and tragedies.

Subhi and Jimmie might both find comfort—and maybe even freedom—as their tales unfold. But not until each has been braver than ever before 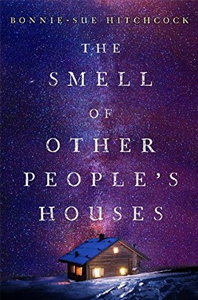 The Smell of Other People’s Houses by Bonnie-Sue Hitchcock

In Alaska, 1970, being a teenager here isn’t like being a teenager anywhere else. Ruth has a secret that she can’t hide forever. Dora wonders if she can ever truly escape where she comes from, even when good luck strikes. Alyce is trying to reconcile her desire to dance, with the life she’s always known on her family’s fishing boat. Hank and his brothers decide it’s safer to run away than to stay home—until one of them ends up in terrible danger.

Four very different lives are about to become entangled.

The Stars at Oktober Bend by Glenda Millard

A powerful, captivating story about Alice, who is reaching out to express herself through her beautiful-broken words, and Manny who is running to escape his past. When they meet they find the tender beginnings of love and healing.

Alice is fifteen, with hair as red as fire and skin as pale as bone, but something inside her is broken. She has acquired brain injury, the result of an assault, and her words come out slow and slurred. But when she writes, heartwords fly from her pen. She writes poems to express the words she can’t say and leaves them in unexpected places around the town.

Manny was once a child soldier. He is sixteen and has lost all his family. He appears to be adapting to his new life in this country, where there is comfort and safety, but at night he runs, barefoot, to escape the memory of his past. When he first sees Alice, she is sitting on the rusty roof of her river-house, looking like a carving on an old-fashioned ship sailing through the stars.

Come with me, Zen Starling, she had said. The girl in the red coat. But how did she know his name?

The Great Network is a place of drones and androids, maintenance spiders and Station Angels. The place of the thousand gates, where sentient trains criss-cross the galaxy in a heartbeat.

Zen Starling is a petty thief, a street urchin from Thunder City.

So when mysterious stranger Raven sends Zen and his new friend Nova on a mission to infiltrate the Emperor’s train, he jumps at the chance to traverse the Great Network, to cross the galaxy in a heartbeat, to meet interesting people – and to steal their stuff.

But the Great Network is a dangerous place, and Zen has no idea where his journey will take him.

Both harrowing and life-affirming, the final novel from Carnegie Medal-winning author Mal Peet is the sweeping coming-of-age adventure of a mixed race boy transported to North America.

Born from a street liason between a poor young woman and an African soldier in the 1900s, Beck is soon orphaned and sent to the Catholic Brothers in Canada. Shipped to work on a farm, his escape takes him across the continent in a search for belonging. Enduring abuse and many hardships, Beck has times of comfort and encouragement, eventually finding Grace, the woman with whom he can finally forge his life and shape his destiny as a young man. A picaresque novel set during the Depression as experienced by a young black man, it depicts great pain but has an uplifting and inspiring conclusion. 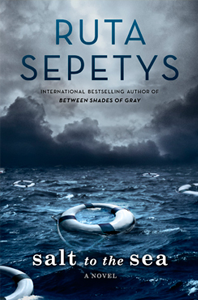 Salt to the Sea by Ruta Sepetys

Each one born of a different homeland; each one hunted, and haunted, by tragedy, lies…and war.

As thousands of desperate refugees flock to the coast in the midst of a Soviet advance, four paths converge, vying for passage aboard the Wilhelm Gustloff, a ship that promises safety and freedom.

Yet not all promises can be kept.

Inspired by the single greatest tragedy in maritime history, bestselling and award-winning author Ruta Sepetys (Between Shades of Gray) lifts the veil on a shockingly little-known casualty of World War II. An illuminating and life-affirming tale of heart and hope.

Growing up in the shadows cast by two world wars, Annabelle has lived a mostly quiet, steady life in her small Pennsylvania town. Until the day new student Betty Glengarry walks into her class. Betty quickly reveals herself to be cruel and manipulative, and while her bullying seems isolated at first, things quickly escalate, and reclusive World War I veteran Toby becomes a target of her attacks. While others have always seen Toby’s strangeness, Annabelle knows only kindness. She will soon need to find the courage to stand as a lone voice of justice as tensions mount.

Brilliantly crafted, Wolf Hollow is a haunting tale of America at a crossroads and a time when one girl’s resilience, strength, and compassion help to illuminate the darkest corners of our history.

I’ve not read any of these yet, though I am slightly biased at Mal Peet was on the board of governors at my primary school and he used to come in to listen to us read. This is the last book he had a part in writing before he passed away so I hope he wins. He really was one of the nicest people I ever met, even after I moved away for university if I was ever home for the holidays and he passed me in town he would always stop and have a chat about what I was up to.

Have you read any of these? Which book would you like to see win? Let me know in the comments below!